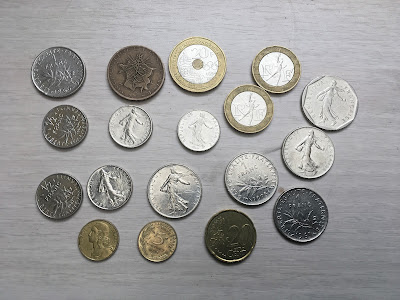 It was nice to come across an old box of French coins - francs and centimes - in use before the country moved to the Euro in early 2002.  For some reason, call it coincidental, I decided to check on how many francs there were to the Euro back then and I discovered that the conversion rate was €1: 6,55 francs.

I also discovered that the old French coinage ceased to be legal tender on 17 February 2002 when the Euro became the official currency.