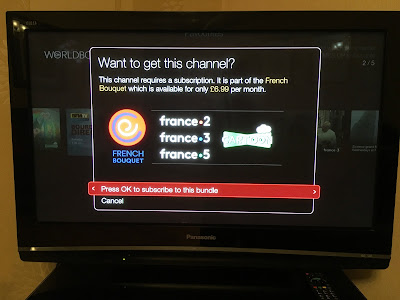 Just subscribed to French Bouquet via the WorldBox app on VirginMedia channel 834.  It provides France 2, 3, 5 and a cartoon channel for £6.99 a month. It also carries BFMTV whose news broadcast is onscreen as I write.
Not sure yet how it works for recordings if at all as it is a streaming service but will check that out. You can cancel subscription after 30 days but as the upcoming shows look great I think I'll keep using.

Update Feb 2019
VirginMedia recently removed the WorldBox app so French Bouquet is no longer available on its platform. That's a pity because TV5MONDE has also withdrawn its content from both Virgin and Sky. It's still available to stream free of charge and programmes are available through catchup.
Publie par Chris Tracey - vendredi, mars 30, 2018 Aucun commentaire: 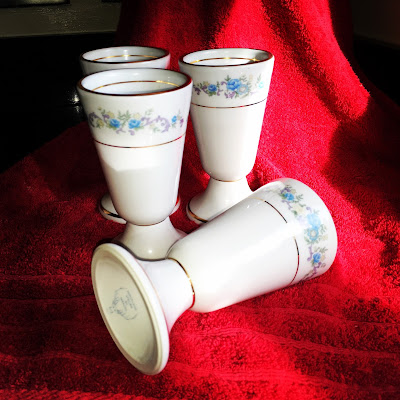