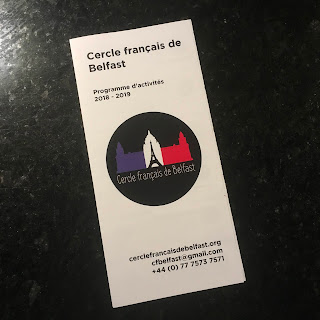 More
Membership of the Cercle is now open at £20 for individuals, £35 for joint membership and £10 for students in full-time education. There's a registration form online.
Publie par Chris Tracey - lundi, septembre 17, 2018 Aucun commentaire: