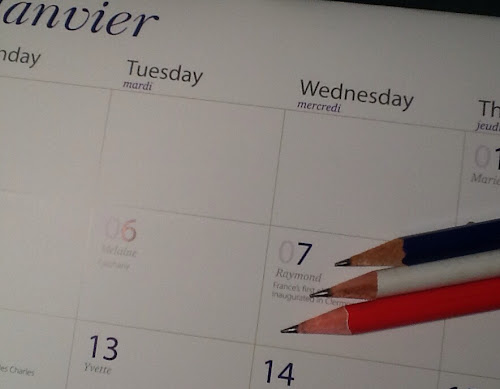 The Cercle français de Belfast's annual bal musette to celebrate La fête des rois started in sad and sombre mood.
This was January 7, the day that the offices of #CharlieHebdo in Paris were attacked resulting in several deaths.
Some at the réunion had not heard the news until their arrival, and we're anxious then to hear updates and share thoughts. What to say? What to do?

The answers to both these questions came from France's own musical tradition of the chanson. A recent purchase and played several times over the previous days was an album recommended by a French friend - Paris by Zaz. Her songs are upbeat interpretations of some of France's best-loved standards. One composed in 1939 and performed then at a much slower pace by Maurice Chevalier spoke of Parisian resilience at another dark time in the life of the City of Light. It was Paris sera toujours Paris.

One verse seemed entirely appropriate for the occasion and was shared with those present. It goes:

Plus on réduit son éclairage

Plus on voit briller son courage

Then our large gathering, like so many others in France at present, went quiet for a minute's silence.

Wringing in the Seine 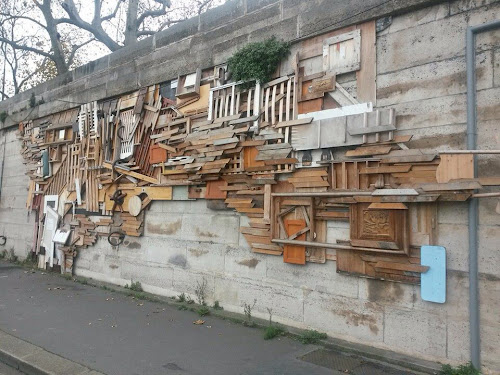 I was so interested in this photograph taken by my cousin, Greg McKernan on his recent trip to Paris.

It is a montage of wood recovered from the Seine and attached to the quayside wall.

It's a very creative idea. Wonder what "wood" the Lagan have in store?